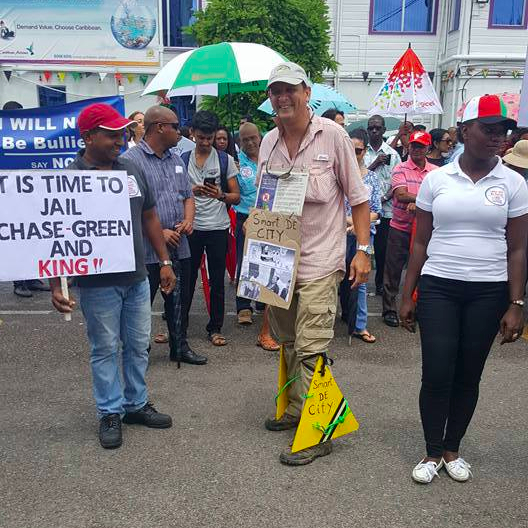 Without dissent, many of us would still be slaves and indentured servants.  Promoting a view and a policy that doesn’t allow citizens to protest the actions of their elected representatives is to take on the philosophy of all of the despots and dictators who kept their citizens silenced and afraid of retribution.

The entomology of dissent has its origins in the early 15 century Latin word dissentire meaning “to differ in sentiments, disagree, be at odds, contradict.” In the 15th century, Galileo Galilei challenged the Church with his dissenting view by stating that the Earth and other planets revolve round the Sun. He died under house arrest.  Had President John F. Kennedy not listened to dissenting voices, the unimaginable catastrophe of nuclear war with the former Soviet Union could have occurred in 1962 at the time of the Cuban missile crisis.

Cass Sunstein, in his book Why Societies Need Dissent shows that nations are far more likely to prosper if they welcome dissent and promote openness.  He shows that dissent is the leaven which propels societies to be productive, innovative, creative and attractive to human beings from diverse cultural backgrounds. But dissent is a principle frequently more recognized in theory than in practice by elected officials in democratic societies.

While Guyana is experiencing its first mass dissenting exercise since the post 2015 general elections with protest against the roll out and implementation of a parking meter system by the Mayor and City Council of Georgetown, the political establishment has largely allowed and even encouraged space for this fundamental process of dissent.

Prior to 2015, dissidents would be intimidated by the presence of a water tank, armed police presence sometimes resulting in the shooting of protestors, threats to livelihoods,  various acts of harassment to experiencing the deadly cost of being a dissident.  Guyanese would hope that these public expression of disagreement with majority-held views, would be the new essential component of open democratic politics in keeping with the constitutional articles 146 which enshrines “freedom of expression as a core value” and 147  which enshrines “freedom of association to protect the collective pursuit of common goals” of Guyana. The constitution of Guyana gives every citizen legitimacy to be a dissident.

SAYING NO TO PARKING METERS.

The Mayor and City Council of Georgetown’s posture for lock-step conformity to the parking meter system from citizens are wrong and comes from uninformed thinking. They must understand that the influence of the dissenters is for the better. A council cordoning themselves off from the people—listening to the Mayor only and reading scripts that parrot rather than test their assumptions—spells trouble.

3 thoughts on “TO DISSENT IS TO BE REASONABLE.”

This is a text widget. The Text Widget allows you to add text or HTML to your sidebar. You can use a text widget to display text, links, images, HTML, or a combination of these. Edit them in the Widget section of the Customizer.